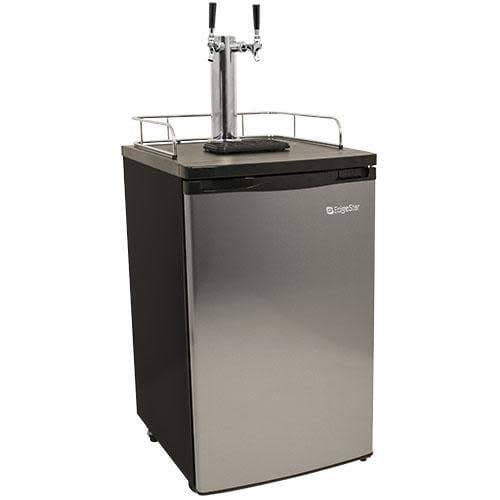 BEST FOR THE MONEY 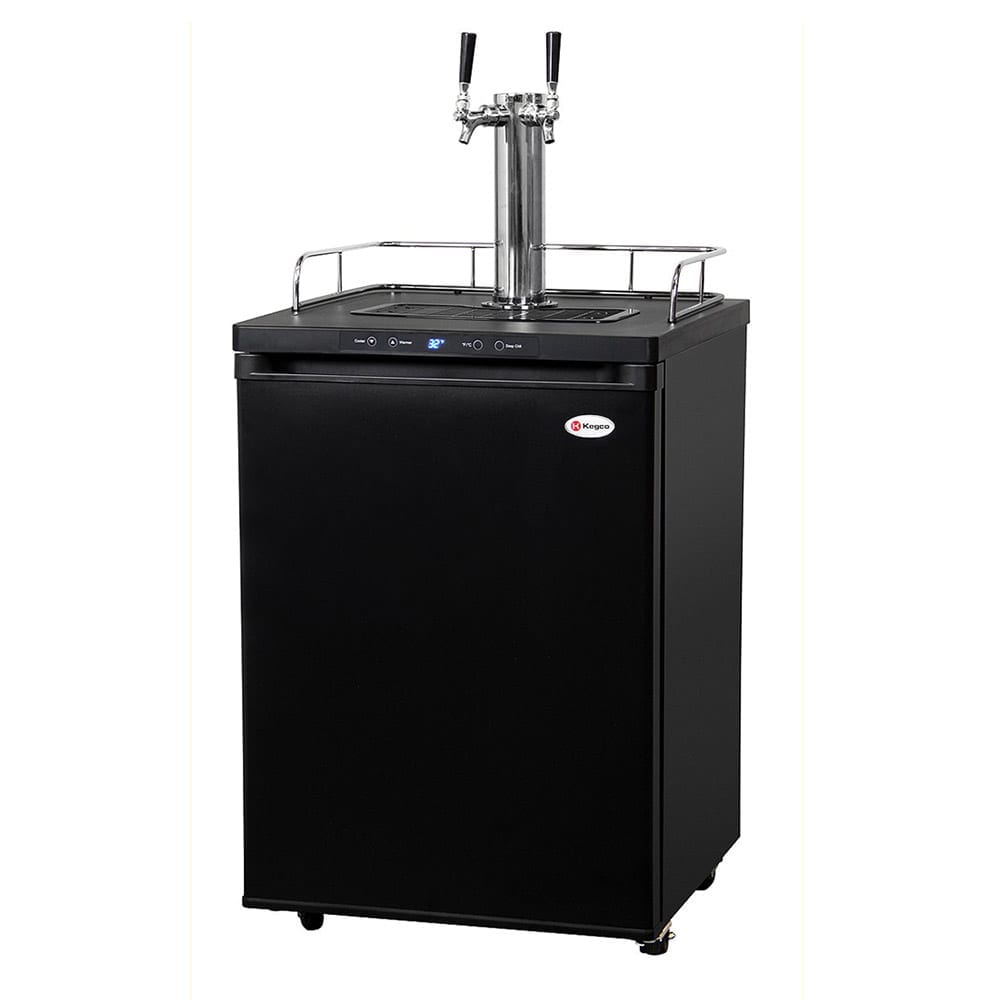 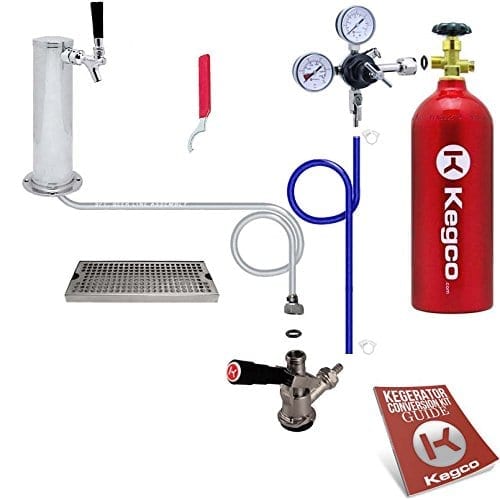 When searching for the best home kegerator to serve freshly tapped beer in your very own home, you can easily become overwhelmed by the options out there.

You want something that will be stylish, unobtrusive, or maybe that can fit under your bar. It needs to keep everything cooled and looking cool.

That’s why we’ve sifted through the best kegerator brands to try and find you the best options.

Our Reviews Of The Best Kegerators

This EdgeStar kegerator is the is the best kegerator for the money on the market.

It comes in black or stainless steel with a sleek shine and a fashionable guard rail that goes along the outside and the back.

After looking through many different kegerator reviews, we’ve found this one to be the best dual tap kegerator.

This kegerator stands out compared to the other kegerators we’ve looked at. It will keep your beer cold, while tying the whole room together.

You can choose between the classic and sleek black, or the modernized stainless steel, whichever fits with your home-bar’s decor. 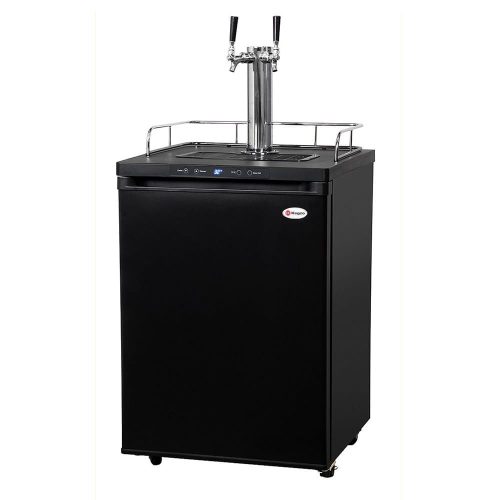 With a digital temperature readout and push-button controls to maintain the temperature, it will improve any home-bar it lives in.

Kegco kegerator reviews are for the most part positive, but take a look at them for yourself before deciding on this product.

The Kegco Dual Tap kegerator delivers on almost all of its promises, and would be a reliable kegerator for your home-bar.

However, read the reviews carefully before purchasing. While they are largely positive, there are a few reviewers who’ve had issues with the taps.

Nothing that cannot be solved, but this information is something to consider when making such a significant purchase. 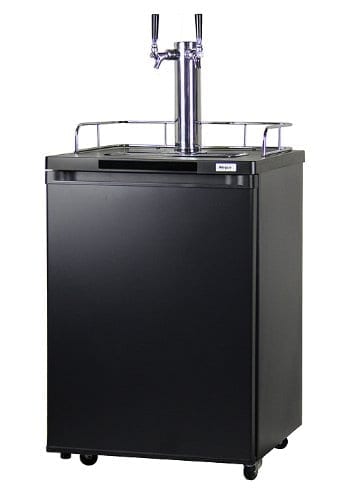 This is the second model of Kegerator offered by Kegco on this list.

What makes this kegerator special is the fact that it’s intended for home brewing kegs which have particular hardware, different from commercial kegs.

If you’re a home-brewer and want a specially designed kegerator to suit your specific needs, this is the model for you.

This Kegco kegerator is intended to fit out your home brewing station with a beautiful kegerator that can tie the whole room together.

Be warned though, it is intended to be used with home-brew kegs, not their commercial counterparts.

You can update it with special hardware so that you can attach commercial kegs to the kegerator, but by and large, this is meant for home-brewing purposes. 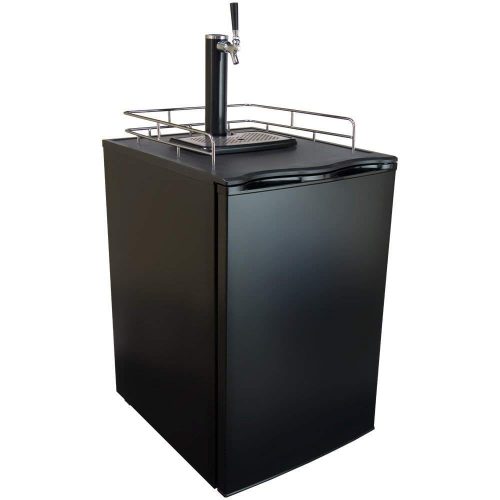 This kegerator is a good option for anyone experienced with kegerators in the past.

Its low price point comes with a few functional drawbacks, but those would not scare someone who is comfortable tinkering with their kegerator.

This kegerator will serve you well if you know what you’re doing.

Customers have reported on Amazon that the regulator can fail from time to time, and that the temperature is a bit finicky.

This may be a deal breaker for some, and others might want to purchase a replacement regulator to ensure quality control.

There are users who have surpassed these problems by carefully adjusting the system’s co2 levels, and by changing the location of the temperature sensor.

Any instructions on how to do those things can be found in Amazon’s review section. 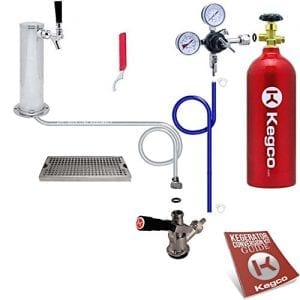 Maybe you already have a mini-refrigerator and would prefer to convert it into a kegerator.

You can easily do that with any number of kegerator conversion kits available online.

We’ve sifted through them to find you the best kegerator conversion kit on the market.

For anyone worried about not getting what they paid for from a commercial kegerator, converting your mini fridge, or even your regular sized fridge into a kegerator can ensure that you get exactly what you’ve been looking for.

You also have the added benefit of gaining expertise in every aspect of your kegerator, so that if anything goes wrong, you’ll know exactly how to fix it. 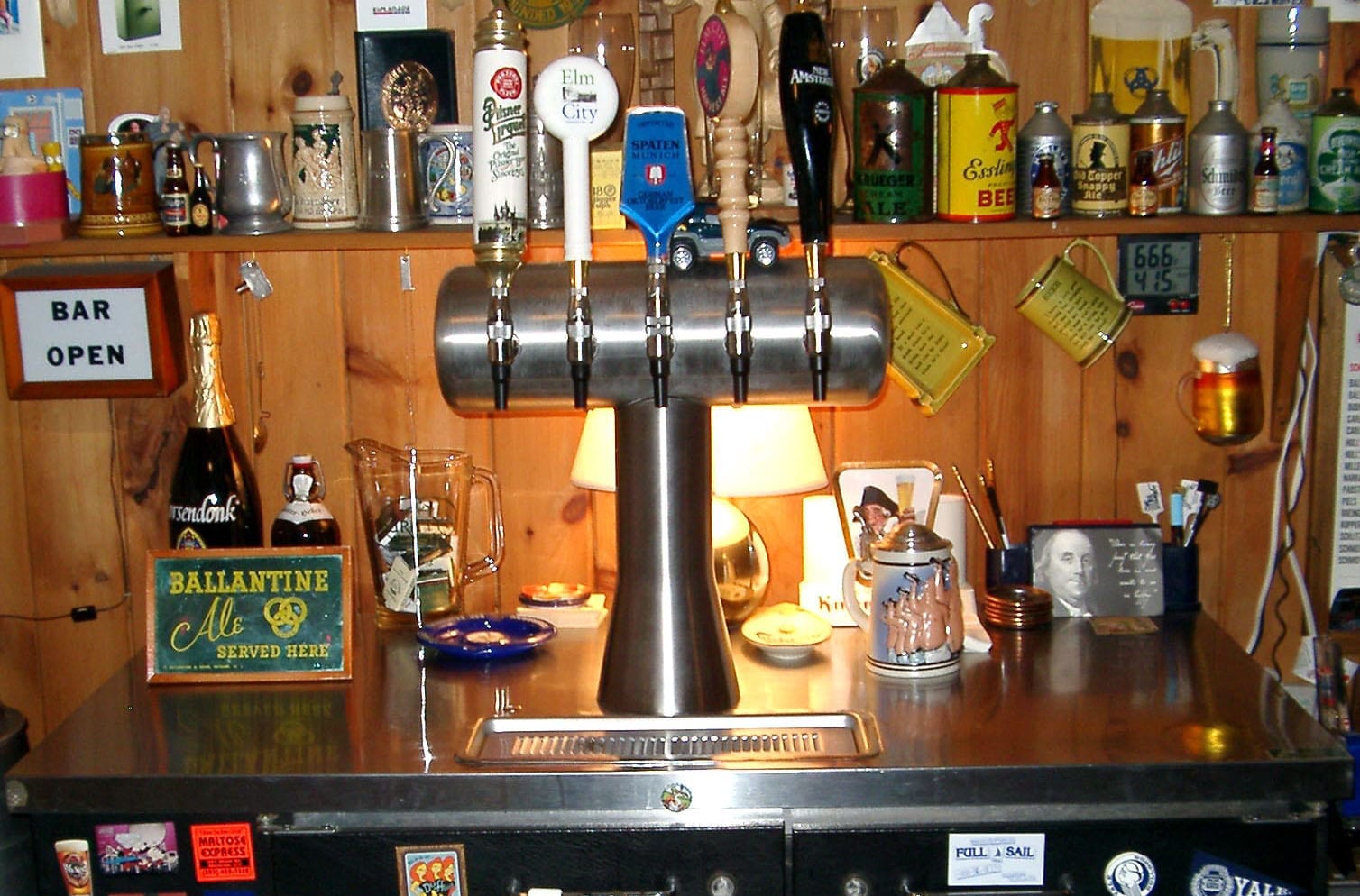 Do you leave the co2 on in a kegerator?

Ultimately, the decision is yours. Keeping your CO2 tank on will not harm the keg or the CO2 tank in any way.

The only damage that may come from it is if your system is not perfectly sealed.

Say the ball joint in the connector to your keg is loose or perhaps there’s a damaged seal between the CO2 tank and the tube leading into the kegerator, leaving the CO2 tank on in that case would allow the CO2 to leak out, gradually emptying your canister.

There are several ways you can find out if your system is leaking, the first and most obvious one is how fast your CO2 tanks run out of juice.

A typical 5 lb container of CO2 should be able to facilitate 2-4 kegs before it needs to be refilled. If, for example you’re only able to carbonate one keg, there’s likely a problem in your system.

You can confirm this by coating any connective parts of your system in soapy water, and look for tiny bubbles.

Noticing these bubbles shows you where the leak is in your system and you can fix these problem areas as needed by wrapping them with tape, or putting some sealant on the area.

If your system is perfectly healthy, leaving your CO2 tank on at all times will not damage or empty the container.

Some kegerator owners have reported that their kegs are too sensitive to the CO2, and when they open the tap with the co2 on, the beer comes out over-carbonated and foamy. A proposed solution to this is to turn your co2 tank on or off depending on the quality of beer coming out of the tap.

Ultimately, like it was said above, it’s your decision to keep the co2 tank on at all times, or to turn it off periodically.

How to replace co2 in your kegerator?

A typical co2 container can be used to pressurize on average 2-4 kegs, depending largely on the size of these kegs, and the health of the system delivering the co2 to the kegs.

But regardless of how many kegs your co2 tank helps you serve, eventually it will run out.

Many kegerators come from the factory including an empty 5 lb co2 canister. You’ll need to find a business in your area that can refill these containers.

But fear not, there are many other places that you can fill up your co2 canister. Any place that fills fire extinguishers; your local home brew shop might have a co2 refill station; and sporting stores that sell paintball guns are all options for you to explore in your area.

If your co2 canister has been damaged in some way, and you need a completely new canister, you can purchase a new one online.

Either from a home-brew supply website or from the ever popular Amazon.com.

What should co2 pressure be on Kegerator? 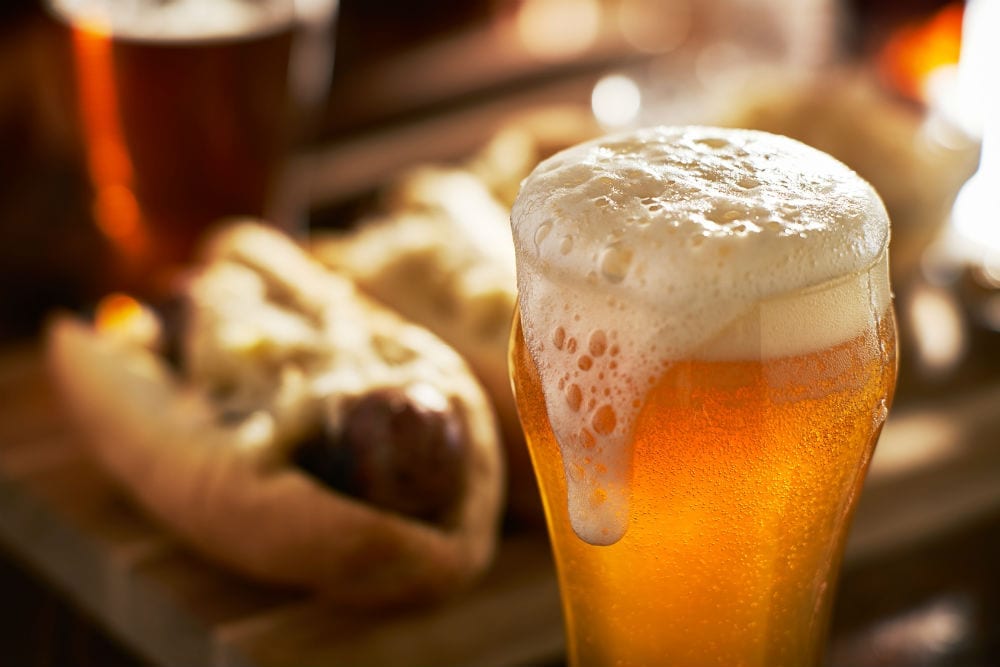 The purpose of your CO2 tank is to pressurize your keg, so that when you open the tap, the beer comes out cold and more importantly, carbonated.

It’s no fun having a beer that is flat straight out of the keg, it feels like a waste of what would have been perfectly good beer. This happens when there isn’t enough CO2 flowing into the keg; it isn’t pressurized, therefore it comes out flat.

Then of course there is the opposite problem of the beer coming out too carbonated. You flip open the tap and out comes a load of foamy bubbles that pop and leave you with a tiny little puddle of beer, once the bubbles have gone.

This happens when your keg is too pressurized; too much CO2 is flowing from the CO2 tank into your keg.

The best quality beer comes from just the right amount of CO2 flowing into the system. Most breweries have a suggested CO2 rating for their beers. Typically the suggested pressure for an average keg is between 12-14 psi.

Many breweries suggest different psi ratings for precisely this reason, so be sure to inspect your keg for psi ratings, and if you can’t find any, call the brewery and ask, or look online for such information.

You’ll fine tune your pressure by turning the knob on your CO2 tank and reading the psi levels on your kegerator’s psi dial.

On many kegerators there may be two dials, one representing the pressure inside the keg, the other telling you how much pressure you have in your CO2 tank.

Adjust your CO2 tank’s knob until the dial reaches the suggested pressure for your keg, and enjoy cold, perfectly carbonated beer, every time.

How many kegs can a 5lb co2 tank cool?

Contrary to popular belief, co2 tanks do not cool the keg, that’s the job of the kegerator itself. A co2 tank is used to pressurize your keg, and to carbonate it.

Without a co2 container, the beer you dispense would come out completely flat, if it came out at all.

Co2 tanks are also used to move the actual beer from the keg, up to the tap.

Just as the popular image of a frat party, with one person pumping a little hand pump attached to the top of the keg is necessary for the beer to come out, a co2 tank does the exact same thing, but without the wrist strain.

Another way to look at it would be if you had a cup of water and two straws.

If you sealed the water inside the cup so that the only way air or water could go in or out is the two straws, you have a system very akin to that of a keg and a co2 tank.

By blowing into one of the straws, you’re increasing the pressure inside the cup, and the water wants to escape this built up pressure, so it goes out the only available way, through the other straw.

The only difference between the cup of water and straw, and the keg and co2, is that the pressure is much higher, resulting in the beer becoming carbonated.

Now, a more accurate question might have been: How many kegs can a 5 lb co2 tank dispense?

This will depend largely on the health of the system being used to dispense the kegs, and of course the size of the kegs.

A typical 5 lb co2 container will be able to dispense 2-4 full sized kegs. That number will of course vary depending on what psi you have your keg set at, among other factors.

After searching through many different kegerators available online, we’ve presented just a few of the best for you to choose from.

Before making a final decision, make sure to inspect all these possible options and find which one best fits your needs.

Maybe you want the best bang for your buck, in which case you’ll want to opt for the EdgeStar Stainless Steel Dual Tap Kegerator, this buying guide’s winner.

Or perhaps you don’t want to mess with trying to get a product to fit your very specific needs, in that case you have the option of converting a mini-fridge or a regular sized fridge into a kegerator using the suggested Kegerator conversion kit.

No matter which kegerator you choose to fit out your home-bar, we hope that it will serve you well, and serve your beer cold and with the right amount of foam, every time. 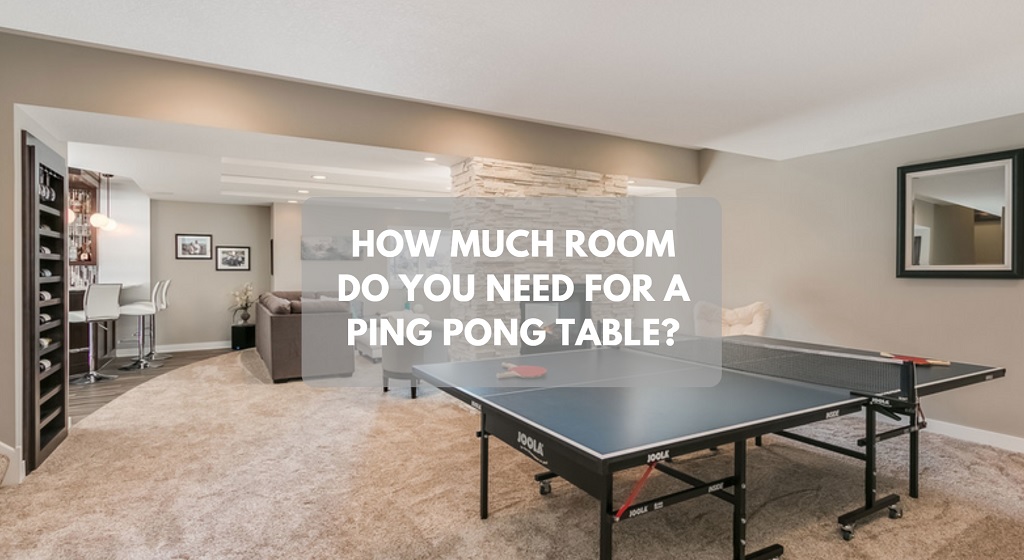 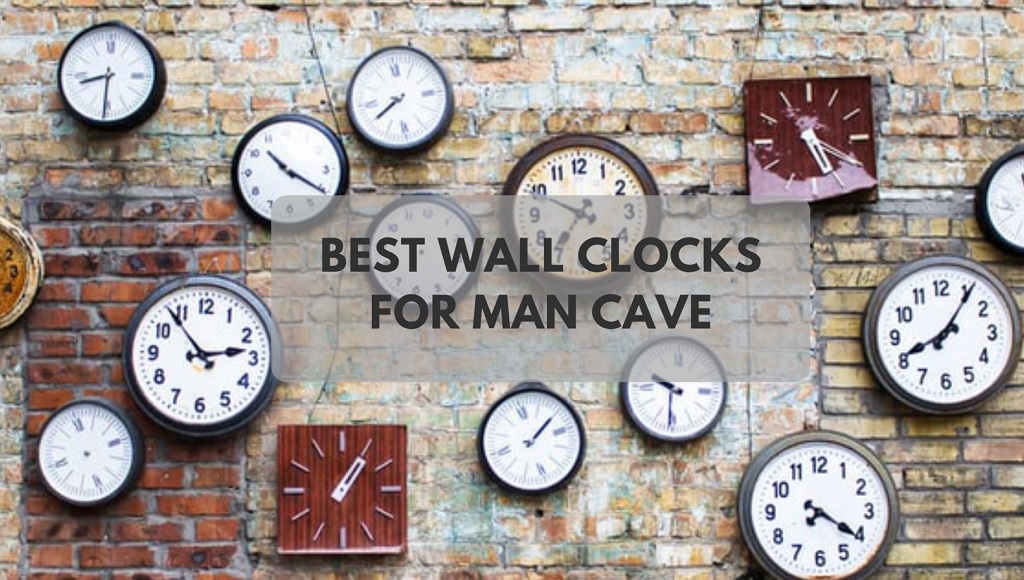 10 Cool Clocks for Your Man Cave 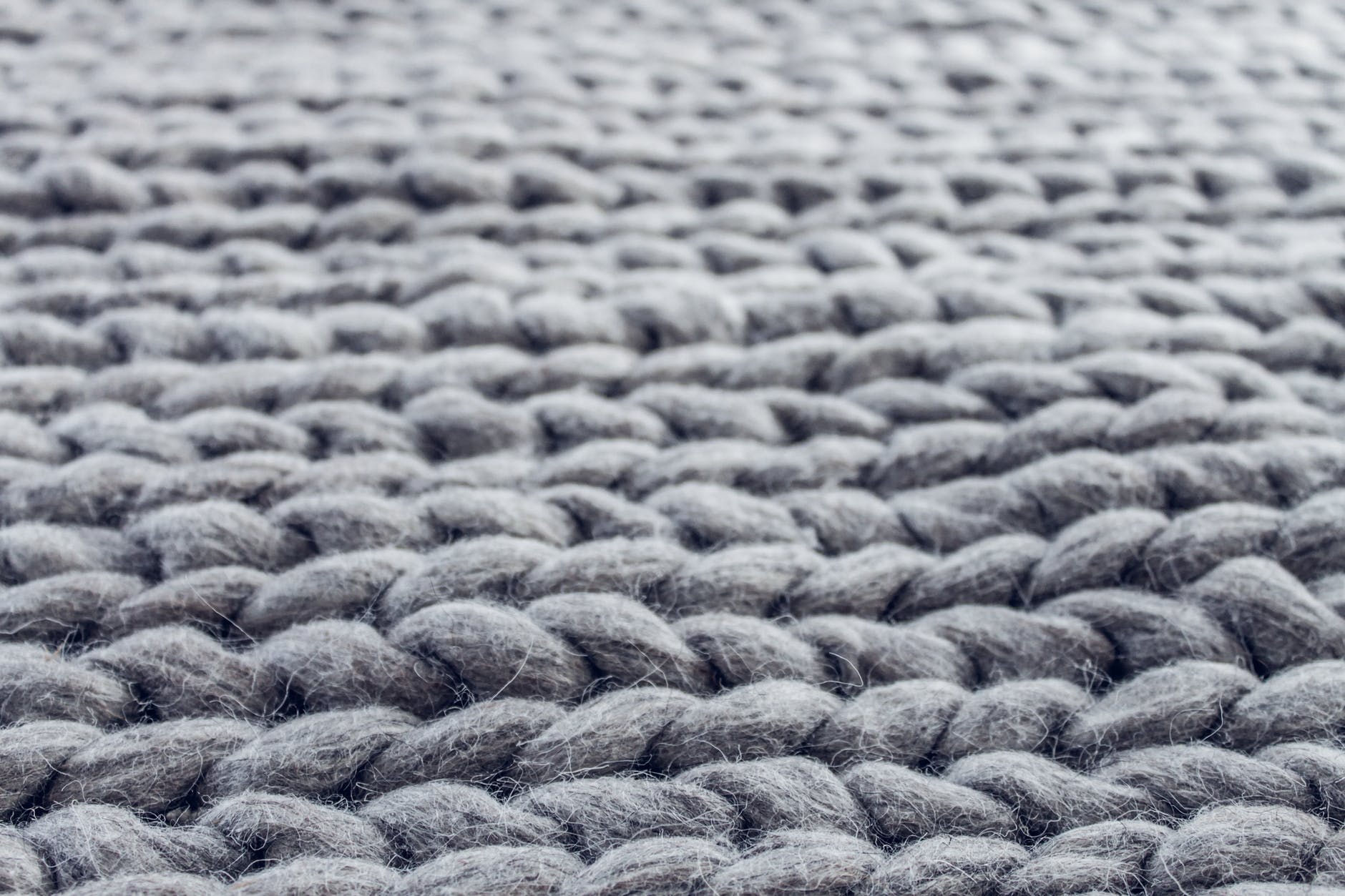